“Those who cannot remember the past are condemned to repeat it.” – George Santayana

Since mankind has been around, there have been a lot of changes. A look at history highlights our technological evolution alongside our constant state of being human. Just because something is done one way today doesn’t mean that it should or will continue being done that way into the future.

We often find ourselves getting attached to the fleeting things of this world: our jobs, our governments, our countries, and our societies. When history has shown us that, just like our lives, these systems and structures come and go. Great nations collapse, technology changes, and some jobs disappear. But one thing that remains is our humanity, which includes our mortality, our vices, and our virtues.

Ways to survive have changed

Today, we’ve been conditioned to view survival as something that goes hand-in-hand with making money. In the past, before the very first civilizations were formed, people were hunter-gatherers. The idea of money didn’t exist in the way it does today. Even in biblical times, the way people made a living wasn’t intrinsically linked to money.

As we honed our agricultural techniques with the agrarian revolution, we were able to grow more food, store food, and feed more people than ever before. Land ownership was a sign of wealth and livelihood during these times. If we think about medieval Europe where most people grew crops.

The noblemen, who owned large amounts of land, spent their time studying warfare, managing the estate, pursuing hobbies, and attending social events whereas the noblewomen were strictly social creatures.  The peasants were smaller producers who weren’t blessed with a rich or noble family. If a peasant fell on hard times, then they might sell their freedom to become a serf on a larger estate in exchange for food, shelter, and protection. This was known as feudalism.

Even though the peasants and serfs didn’t have as much wealth as their noble overlords, they still had a leisurely work life. They would take multiple breaks during the day for meals and even a nap. According to Oxford Professor James E. Thorold Rogers, the medieval workday was not more than eight hours. Not only were the workdays shorter, but there were also fewer workdays per year often ranging from 120-175.

Fast forward to the industrial revolution, which took place from the 18th to the 19th centuries. This period marks the rise of factories. The wealthy landowners and nobles were replaced by factory owners, and the serfs and slaves became factory workers.

Factory owners earned incredible profits creating family fortunes like never before, but these fortunes were built on the backs of huge profits. Profits that were made possible by the extremely low wages paid to factory workers. Factory workers had a much more strenuous work schedule than agrarian workers. They often worked 14-16 hour days 6 days per week totaling around 312 days per year. Industrial feudalism turned out to be much more profitable for the factory owners than their land-owning predecessors.

The industrial revolution also led to the creation of banks, financiers, and the stock exchange, which brought with them new ways to make money. Owning a factory, or the means of production, was considered the sign of wealth during this time, but it also translated into profits in the form of money and stocks.

The pace of progress accelerated with the industrial revolution and quickly brought mankind to the information communication technology revolution. This revolution brought us the Internet, which made it easier than ever before to conduct business globally. For the wealthy owners of corporations, this meant that they could tap into cheap labor in other parts of the world further increasing their profit margins. For wealthy investors, electronic trading translated to new ways to make money. For American workers, it meant that a lot of their jobs were outsourced and they found themselves as employees in a service economy with little to no investment in the market.

This is similar to serfs or peasants who toiled for the nobles during feudalism but had no claim to the land or to factory workers who didn’t own the means of production. Many corporate employees, don’t own any shares of the business they work for and if they do, it’s oftentimes minuscule. 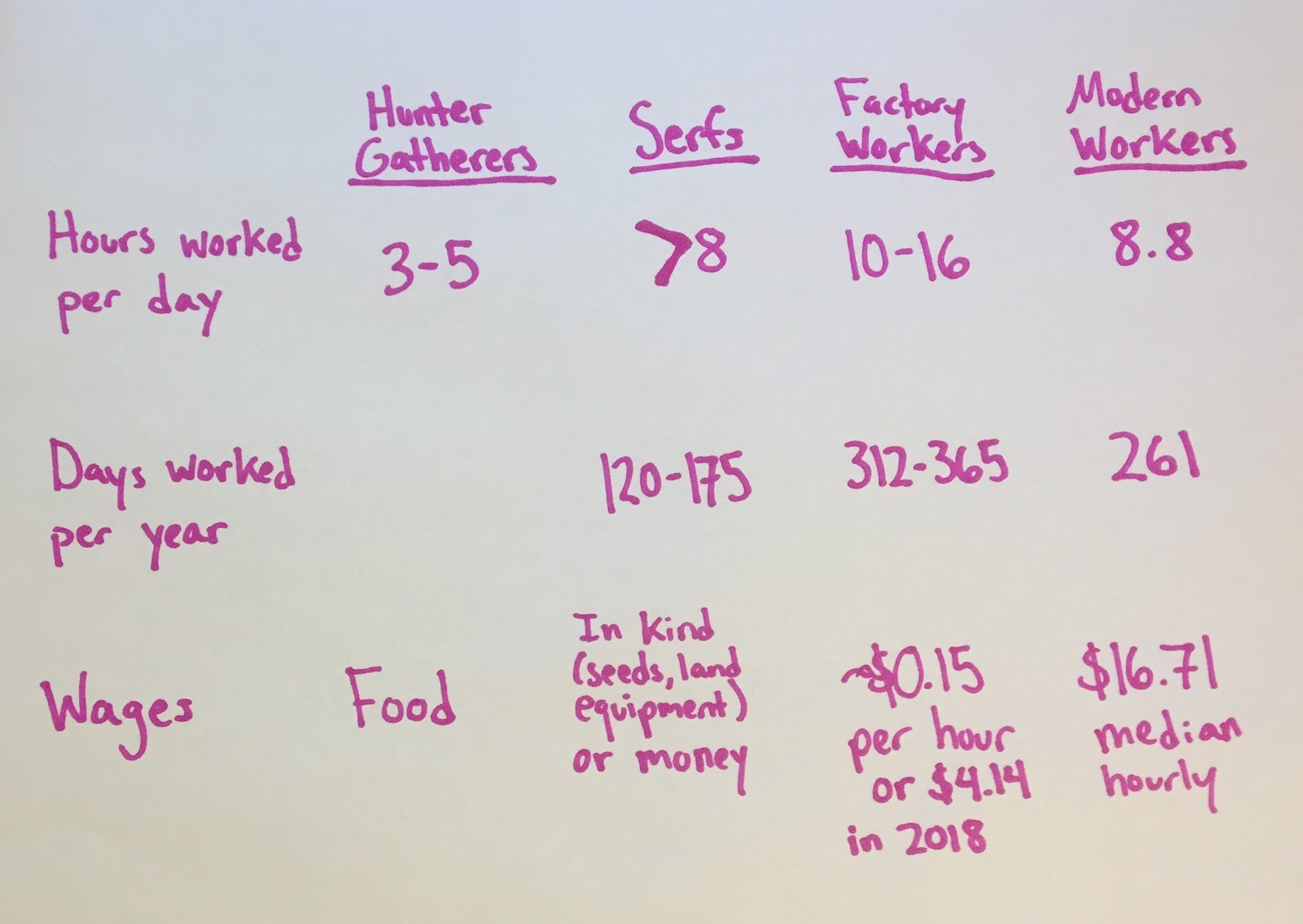