Anyone who works 40 hours a week should be able to cover food, clothing, housing and have money left over to save. Slavery still exists, but the structure has changed. Today, it’s wage slavery. Now, we don’t even have the freedom to sell ourselves into slavery to cover our debts.

And boy do we have debts. One out of five Americans has a negative net worth.

But we have jobs at least, right? Those jobs are hardly worth a damn. Say what you want about lack of financial literacy or spending too much on junk, even when you take those factors out of the equation, the jobs still aren’t worth a damn.

The federal minimum wage is $7.25 where a living wage is just over $16 per hour. Many retail, restaurant, and gig economy jobs fall somewhere between the two.

What Americans don’t make in wages, they make up for with multiple jobs or debt to cover basic living expenses. Things like rent, utilities, food, clothing, and transportation.

“Experience demonstrates that there may be a slavery of wages only a little less galling and crushing in its effects than chattel slavery, and that this slavery of wages must go down with the other.” -Frederick Douglas

Wage slavery is still around today

Many Americans couldn’t handle a $400 emergency. Living paycheck to paycheck, many of us are slaves to our jobs. If some of us lost our jobs tomorrow, we’d be at risk of being evicted, being foreclosed on, or having our utilities turned off. In fact, that’s exactly what we saw happen with coronavirus. The government had to step in and implement legal protections for evictions and foreclosures and financial aid to help weather the economic storm.

That’s no way to live or to let our neighbors live. And it’s not sustainable. The government shouldn’t have to be the last lifeline for American workers to keep them from being put out on the streets. Something has to be done about it.

We can work to combat wage slavery by fighting for livable versus minimum wages and by creating social safety nets through the government. And it’s going to have to be a fight because there is no plausible incentive for employers to pay employees more in a profit-driven company. It’s against their goals and their bottom line to provide ever-growing returns to their shareholders.

That’s why we’ve seen them cutting costs left and right from skimping on employee benefits, transitioning to offering high deductible health plans or no health coverage at all, ditching pension plans, sticking as close to the minimum wage as possible for entry-level employees, and union-busting.

And those some aren’t going to like it. Why do you think they haven’t paid people more yet? With the exception of small and local businesses who legitimately are struggling to survive.

But for mega-corporations that make hefty profits, paying people living wages would cut into those profits. The shareholders wouldn’t have that.

It seems that the most profitable companies should at least be able to pay their lowest earners a living wage, which is just over $16 an hour.

Healthcare is a huge overhead

Right now the average cost of insuring an employee is $15,000 per year. Whereas the employer typically covers 70% of it leaving around $4,400 for the employee. It’s a big chunk of change. Many employers seek to shift the burden onto the employees by offering high deductible plans with Health Savings Accounts (HSAs). It’s a mess. Other employers avoid offering healthcare completely by hiring part-time workers and leaving the government to foot the bill with Medicaid.

But if we transition to single-payer health insurance, then that frees up more money for wages. It also lightens the burdens on employees.

It would be like being able to put an extra $7 in your pocket for every hour worked if it went directly to the employee. Heck, even if only part of that total, let’s just say $5 for example, went to the employee then that would be enough to lift the lowest earners from minimum wage to a living wage.

It shouldn’t impact the bottom line of business profits since the healthcare costs were already factored in. That’s why if (hopefully when) we switch to single-payer, there needs to be legislation in place requiring the money that used to be allocated to healthcare costs goes directly to the employees and not the shareholders.

We have a retirement crisis looming

The shift from defined benefit to defined contribution retirement plans  is another example of employers shifting the burden onto the employees under the guise of “portability” and “flexibility.”

Most private employees used to have defined benefit pension plans and today that number has dwindled. It’s scary territory to be in when our retirements are based on investment performance. It’s what they’d call speculative in finance, and it’s what my father would call gambling.

The financial collapse of 2008 devastated American retirement savings with some people’s 401ks losing more than 25% of their value. Even without a financial collapse or recession, we’ve got a retirement crisis coming. More Americans turn 65 every day and many of them are in worse financial shape than the ones who came before with 1 out of 5 having nothing saved for retirement.

We’ve got to get back to defined benefit

We’ve got to put the onus back on the employer to provide retirement security for their employees, but maybe not in the way it was done before.

Then, we can keep defined contribution plans as additional investment vehicles like they were originally intended to be.

Not enough time to relax, to heal, to reset

If it’s not enough that many of us are already slaves to our jobs. We also are expected to work more than any other developed nation for less.

In doing so, we have no time to process. Whether it’s the loss of a loved one, a new baby, a breakup, a family issue, or just time to do what we’d like to do for a while. We don’t get time to process our feelings in this rat race, and it leads to depression, anxiety, and other health issues.

In order to address these issues, we need to provide more personal time to employees. I don’t think employers should have to provide unlimited paid vacation, but I also think that employees should be able to take more unpaid time for their own sanity without fear of losing their job.

Here are some ideas: 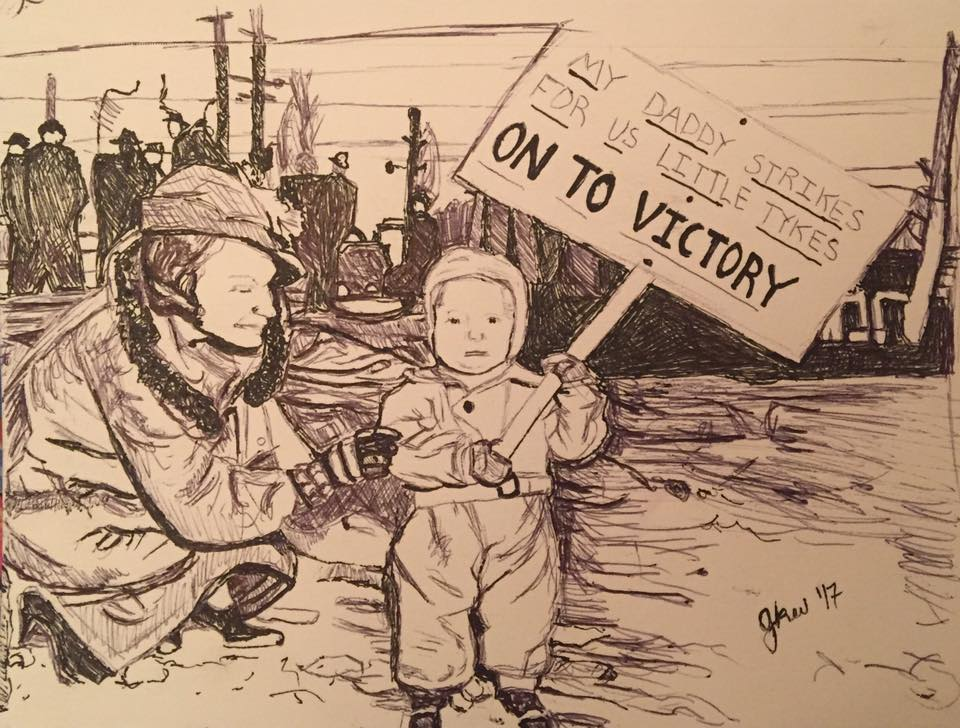 We’ve got to get back to unions

Unions gave labor a voice and power. That’s why the owners of big business attacked them. Today, we see private union membership at low levels. Many companies don’t even allow unionizing like Walmart or Amazon.

Strong unions also protected employee benefits from healthcare to a pension plan for retirement. Without strong unions, we now see employers pushing the buck to employees more and more. They do this by not offering insurance at all to offering high deductible plans. Or they might not offer any sort of retirement plan or offer a 401k with little or no match. But these benefits tend to be far less robust than the benefits that union members receive.

A large reason we’ve seen wages decline on the whole is because of our weakening unions.

Unions worked because we were stronger together. Workers were united because they all had to sell their time for money. Labor didn’t discriminate by race or gender and neither did unions.

These progressive unions were instrumental in the civil rights and workers’ rights movements. When working-class Americans, the poor, the blue-collar, the white-collar, and the middle class, stood together they had power.

The wealthy business owners and shareholders saw this power and couldn’t stand it so it used class to divide America. Rich people put their fortunes above their fellow Americans. The wealthy used the government as a tool to preserve their power, which is not how a democracy works. It’s how an oligarchy works. The wealthy Americans then dismantled unions, closed factories, outsourced jobs, deregulated industries, and cut taxes. Undercutting and subjugating the American worker.

This greed destroyed the unity that American unions had found and turned citizens against citizens using social class, race, religion, gender, and ethnicity to pit us against each other.